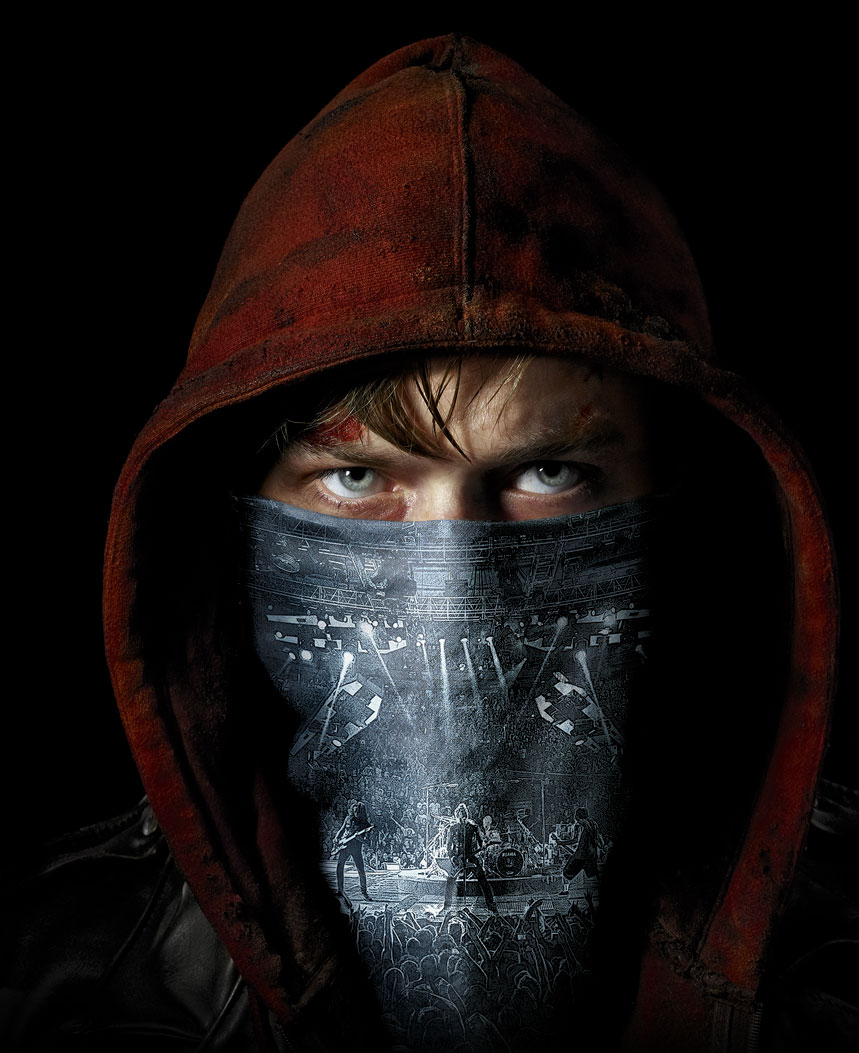 AVAILABLE ON BLU-RAY™, DVD, DIGITAL DOWNLOAD AND VIDEO ON DEMAND ON JANUARY 28, 2014

Metallica Through the Never is a groundbreaking music-driven 3-D motion picture event.  The film combines a spectacular never-before-seen live-performance by Metallica created exclusively for the film and a suspenseful narrative to produce a bracing, raw and visceral cinematic experience.

Emerging young star Dane DeHaan (A Place Beyond the Pines, Kill Your Darlings, The Amazing Spider-Man 2 & 3) portrays Trip, a young roadie sent on an urgent mission that turns into a surreal adventure, while Metallica performs its most iconic songs during a roaring live set in front of a sold-out arena.

Metallica Through the Never features the most elaborate live-performance stage ever built and was filmed with state-of-the-art 3-D photography captured using up to 24 cameras simultaneously. Metallica, one of the most popular and influential rock bands in history, is James Hetfield (vocals, guitar), Lars Ulrich (drums), Kirk Hammett (guitar, background vocals) and Robert Trujillo (bass, background vocals).  The film is written and directed by award-winning filmmaker Nimród Antal (Predator, Kontroll) and produced by Charlotte Huggins (Journey to the Center of the Earth).

The film will be released by Picturehouse in North America on September 27, 2013, exclusively in over 300 IMAX® 3D Theatres, and will expand into additional theaters on October 4, 2013.  The film is rated R.  Running time is 92 minutes.

James Hetfield (Vocals, Guitar, Writer, Executive Producer) co-founded Metallica in 1981 and has been the band’s main songwriter since the beginning. Co-creating the framework of most “Metalli-material,” he remains a driving force behind the group’s continuing success.

Ironically, Hetfield, the voice of Metallica and a defining voice of his rock ’n’ roll generation, very nearly didn’t sing at all. In Metallica’s early days, Hetfield didn’t see himself as a lead vocalist and the band tried several configurations of vocals and guitar. One option was to ask John Bush from Armored Saint to sing for Metallica while Dave Mustaine, then the band’s lead guitar player, played the only guitar. Fortunately, Hetfield decided to establish himself as Metallica’s frontman.

Lars Ulrich (Drums, Writer, Executive Producer) co-founded Metallica in 1981 and is always at the epicenter of all things pertaining to the band. From songs to staging, Ulrich is a dynamo whose energy never seems to falter.

As a child Ulrich saw his father Torben run a small jazz club in Copenhagen. He was nearly 10 when the sounds of Ritchie Blackmore and Deep Purple knocked his socks off at a live show. When Ulrich was 13, his grandmother bought him his first drum kit.

Kirk Hammett (Guitar, Writer, Executive Producer) has been a member of Metallica since 1983. In addition to being considered one of the greatest guitar players in the history of rock, he is known as a man never without a grin or a curious thought. Hammett continues to bring a dazzling array of lead guitar parts to Metallica’s music.

Born in San Francisco and raised in the East Bay town of El Sobrante, Hammett gained an interest in music from his brother Rick’s Jimi Hendrix, Led Zeppelin and UFO record collection. When he was 15 he obtained his first guitar, a wholly unglamorous Montgomery Ward catalog special with a four-inch speaker for an amp.

Robert Trujillo (Bass Guitar, Writer, Executive Producer) is the newest member of Metallica, having joined the family “recently”…ten years ago in 2003! This cheerful Southern Californian is renowned for his mostly “fingerstyle” approach to the bass. Before joining Metallica, Trujillo wowed audiences with his dexterity, tone and attitude playing for acts such as Suicidal Tendencies, Infectious Grooves and Ozzy Osbourne.

Growing up in Venice Beach, Trujillo heard everything from Led Zeppelin to Motown with a chunk of funk in between. He played with a variety of local bands throughout his early 20s before meeting Mike Muir of Suicidal Tendencies via a high school buddy, guitarist Rocky George. Thus began a rich and fruitful relationship that saw Trujillo establish himself as one of the most exciting bass talents in the rock world.

Dane Dehaan (Trip) has in a short time made a big impression on film audiences and is now among the industry’s most sought-after young actors. DeHaan will next be seen in John Krokidas’ Kill Your Darlings, loosely based on the life of poet Allen Ginsberg. DeHaan portrays Ginsberg’s friend Lucien Carr, who documented their school years. The film tells the story of a 1944 murder that brings together a young Allen Ginsberg (Daniel Radcliffe), Jack Kerouac (Ben Foster) and William S. Burroughs (Jack Huston). The film will be released on October 18.

Lars Ulrich: "The Best Thing About Being In Metallica Is The Freedom"

In Interview: Lars Ulrich on Metallica Through The Never

Metallica's James Hetfield: "Plenty of Places to Die On That Stage"

Heavy Metal Spectacle: The Making Of Metallica Through The Never

How 'Metallica Through the Never', At Long Last, Made Me GET Metallica

Kirk Hammett Talks Horror, 'Metallica Through The Never,' and More

"THE MOST FUN I'VE HAD AT THE MOVIES THIS YEAR" - Sonny Bunch, The Washington Free Beacon

"Who Wants To Be A Gofer For Metallica?"

A Story About The Motivating Power Of A Higher Purpose

"WILL ROCK YOUR SOCKS OFF!" - Aol. Entertainment

Dane DeHaan talks Metallica Through The Never with R29

Metallica Through The Never Is One Of The Great Concert Films

Metallica aims for something different with 'Through the Never' film

"BEAUTIFUL... I FELT I HAD THE BEST SEAT IN THE HOUSE" - Metal Injection

"METALLICA IS BEYOND IMPRESSIVE" - JoBlo

Lars Ulrich speaks to Collider about Metallica Through The Never [VIDEO]

"A Closer Look At 'Metallica Through The Never'"

"Interview: Metallica on 'Metallica Through The Never' & Beyond"

TIFF 'Metallica Through The Never': Lars Ulrich On Band's 'Love Affair' With Canada 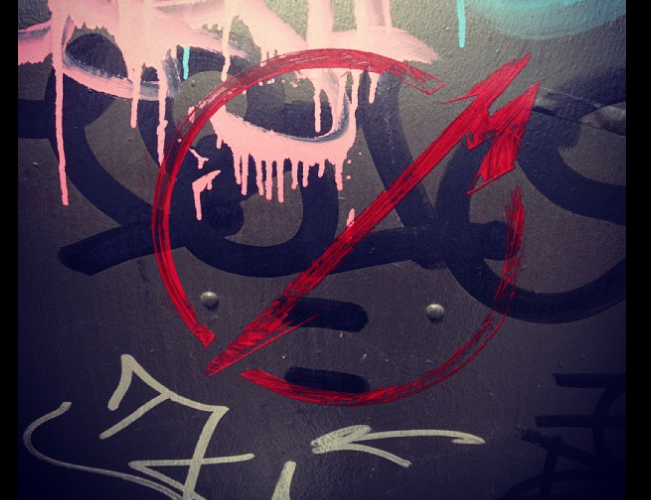 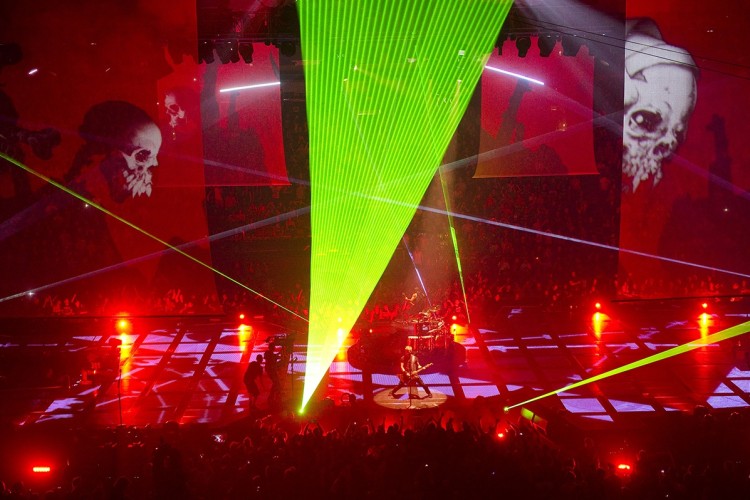 Filming Metallica during the song "One" 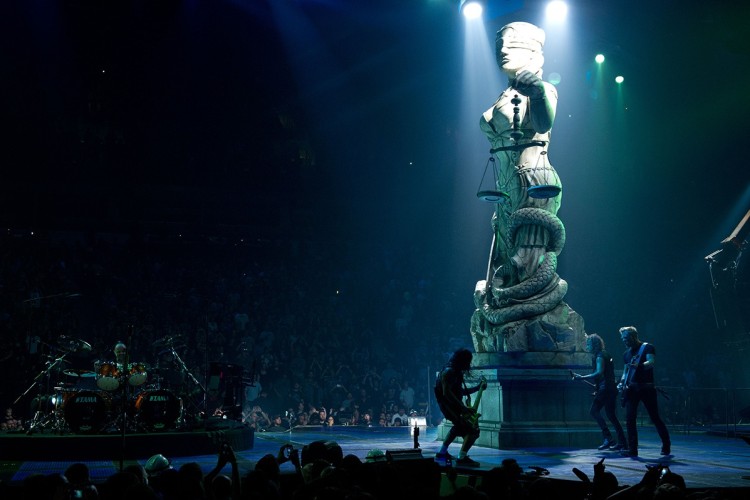 Metallica on stage following the construction of "Doris"

Singer/guitarist James Hetfield as the lasers fire during "One"

James Hetfield as the band rips through "Master Of Puppets"

Metallica on stage as as the pyro-technics roar

James Hetfield arrives at the show

Dane DeHaan as Trip stares into the chaos

The horseman locks eyes with his next victim.

SEE MORE FROM METALLICA THROUGH THE NEVER

Order Metallica Through the Never Now at Metallica.com

Metallica Through the Never Coming to DVD in January

The movie will be released on DVD, Blu-Ray, 3D Blu-Ray, digitally and V.O.D. (Video On Demand) on January 28, 2014 on Blackened Recordings. Our international friends can look for the film…

Members of Metallica are visiting more theaters this weekend in the US and Europe!

Members of Metallica are coming to more theaters in the US & Europe starting 10/4! Get tickets now.

Watch Metallica talk about Metallica Through The Never and their 32-year career on CBS Sunday Morning!

Members of Metallica will be swinging by theaters 9/26 and 9/27! Get tickets while they last.

Metallica Through The Never Premieres at TIFF

Through The Never Goes “Fantastic”

Director Nimród Antal, Kirk Hammett and Robert Trujillo will be at Fantastic Fest in Austin, TX!

Through The Never – The Soundtrack

Listen to the live version of “Master of Puppets” from the soundtrack.

Hometown Premiere Of Through The Never

Live At The Apollo

Metallica Live At The Apollo Theater on Sept 21st.

Find Metallica Through the Never stills, videos, wallpaper and more that you can share with your friends and community to show your support. For those in the press, please visit EPK.tv.

Join the E-list for Updates